The History of Options Trading, Part I

You’ve heard me say it before — knowing your history is critical in trading and the market.

In a recent issue of Evolved Trader Daily, we covered some of the greatest options trades in history. But today, I’d like to rewind even further.

Let’s dive into the complete history of options trading in a two-part series, starting at the very beginning…

To uncover where options trading began, we have to go back to the sixth century B.C., on the island of Greece…

During a particularly fruitful olive harvest, a philosopher named Thales made a deal that unintentionally invented the concept of options contracts.

Thales predicted that the season’s olive harvest would be better than expected. So months ahead of harvest time, he approached the owner of a local olive press with a proposition…

As nobody knew for certain whether the harvest would be good or bad, Thales asked to reserve the press for a relatively low price. He also agreed to pay a premium for this right, so the olive press owner gladly accepted.

Thales’ trade thesis was based on simple supply-and-demand principles. He figured if he was right (and the harvest was above average) he could rent the presses out to a higher bidder during harvest months.

Sure enough, that’s exactly what happened. Thales printed money during that season’s olive harvest —  and inadvertently invented the derivatives market in the process.

For some reason, tulips were all the rage in 1600s Holland. The Dutch aristocracy viewed the flowers as status symbols, and the trend spread throughout Europe like a plague.

Amid all of this insane speculation, early versions of market makers saw a goldmine of an opportunity.

They set up barbaric options exchanges with zero regulation, selling options on tulips to anyone who wanted to buy them.

As you can probably guess, tulip mania didn’t end well. Many lost their life savings gambling on flowers that became worthless in a matter of days.

But those who sold the calls and puts? They made a fortune.

There’s a lesson we can take away from this tale — the market makers always make money.

In 1872, a savvy businessman named Russell Sage had a clairvoyant vision for speeding up the evolution of options trading.

Sage opened up an options exchange, and for the first time, he gave the contracts names — puts and calls.

Additionally, he developed the first system for a pricing relationship between the options contract and the underlying security.

Then, through a series of timely options trades, Sage and his partner Jay Gould leveraged their modest savings into a veritable fortune. Their newfound wealth put them in control of the entire New York City elevated lines railway system.

But as we all know, the fun never lasts forever…

In the infamous stock market panic of 1884, Sage lost $7 million of his fortune on stock options.

After that, he never traded options again.

By 1920, the options market had come a long way since Thales bet on olive oil.

Exchanges were active all over the world. The U.S. was closing in on the decade that would forever be known as the Roaring 20s.

Meanwhile, a guy named Jesse Livermore was showing the world how options could be used to maximize leverage in a trade.

Then, for anyone who thought Livermore was a one-hit wonder, he shorted the entire stock market right before the infamous crash of 1929.

Livermore’s a legend who paved the way for every options trader who came after him.

On Thursday, we’ll fast-forward to the modern era.

You’ll learn about the key contemporary events that led to the massive global derivatives exchange we all trade today.

Until then, my favorite Tim Sykes lesson continues to be as valuable as ever — know your history.

*All content in this newsletter is intended for educational and informational purposes only.

The material in this newsletter is not to be construed as (i) a recommendation to buy or sell stocks, (ii) investment advice, or (iii) a representation that the investments being discussed are suitable or appropriate for any person.  No representation is being made that following Evolved Trader Daily strategies will guarantee a particular outcome or result in profits.  The price and value of stocks may fluctuate depending upon various market factors, and, as such, the strategies used by Evolved Trader Daily to adjust for those fluctuations may change without notice.

There are significant risks associated with trading stocks and you must be aware of those risks, and willing to accept them, in order to invest in these markets.  Past performance of any trading system or methodology is not indicative of future results.  You should always conduct your own analysis before making investments.

You should not trade with money you cannot afford to lose and there is a risk that trading stocks will result in a complete loss of your investment.  Trading stocks, particularly penny stocks, is not suitable for everyone and requires hard work, due diligence, capital, and substantial time to monitor the market and timely execute trades. 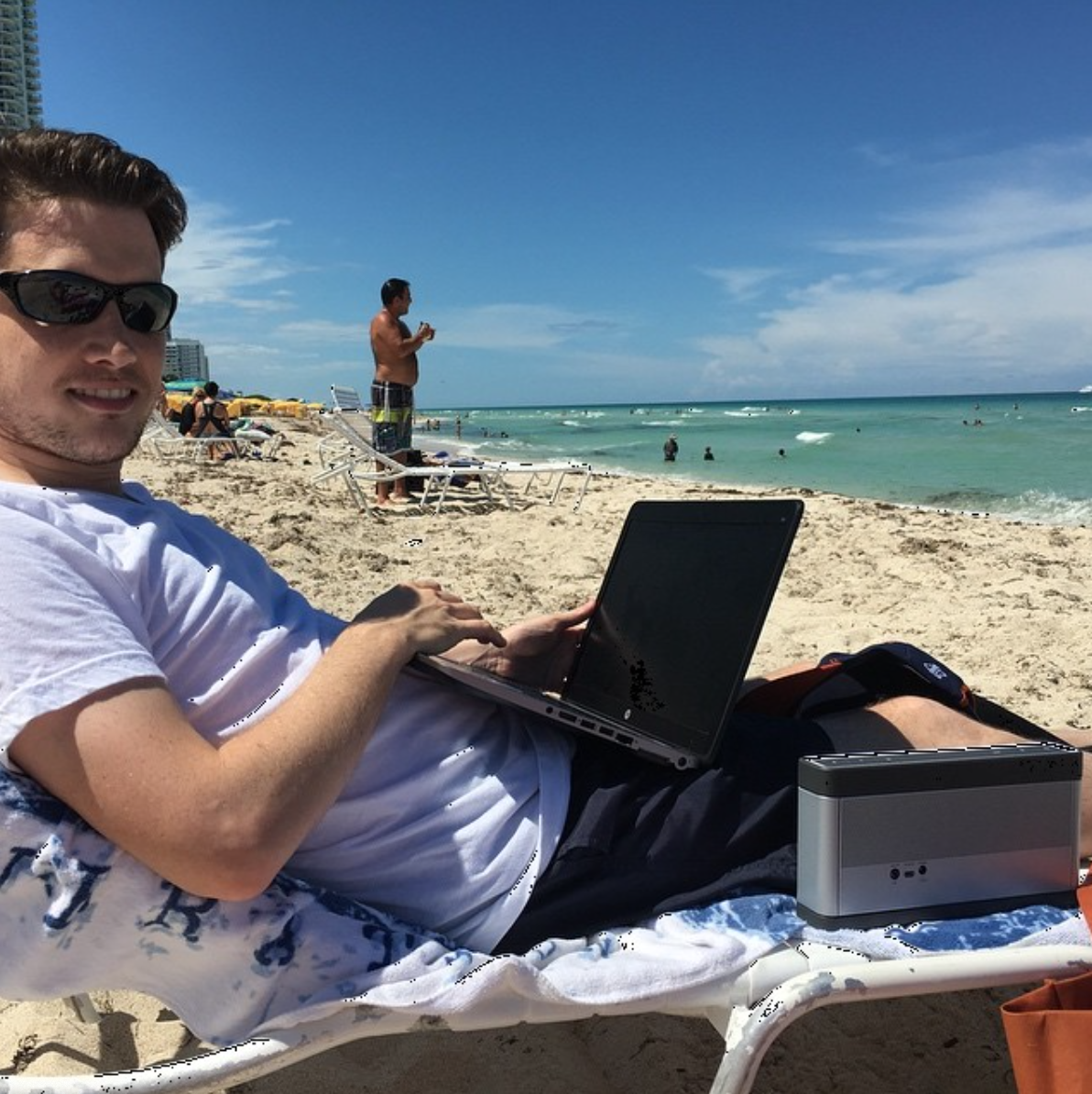 Mark Croock is a former accountant who after studying under Millionaire Trader Tim Sykes turned his small account into $3.19 Million in trading profits by applying Tim’s strategies to options trading.

To Hold or Not to Hold?

Should you ever be greedy with your gains or hold your winners for a grand slam? How to deal with...

END_OF_DOCUMENT_TOKEN_TO_BE_REPLACED

How Patience Can Pay

If you’re trading options (or even stocks) — timing is everything... Why patience and discipline...

END_OF_DOCUMENT_TOKEN_TO_BE_REPLACED

As market volatility ramps up, it can be tempting to overtrade... You must fight the urge to trade...